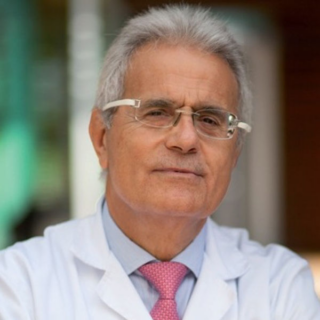 Dr. Ramon Cugat is the Director of the Orthopaedic Surgery and Traumatology Department of the Hospital Quirónsalud Barcelona. He is a permanent member of the European Society of Sports, Knee Surgery, and Arthroscopy and a permanent member of the Arthroscopy Association of North America. Of his many positions, worth mentioning is that he is the founding member of the Spanish Arthroscopy Association, of which he was the president until 1995; he is an Associate Professor of the Faculty of Medicine for the University of Barcelona and for the International University of Catalonia. Recently, Dr. Cugat has been included in the Royal European Academy of Doctors.

Dr. Cugat is a world-renowned leader in orthopedic surgery and a pioneer in the use of growth factors. Throughout his career, he has treated world-renowned athletes such as Carles Puyol, Xavi Hernández, David Villa, and Fernando Torres, among others