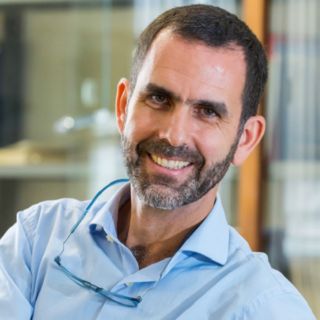 We come from Portugal, a country by the Atlantic Ocean, living currently in Lisbon, it’s Capital. We received our Medical Degree by Faculdade de Medicina de Lisboa in the year 1991; two years of Post Graduated Training followed at the University Hospital of Santa Maria in Lisbon where we entered the Orthopedic Residency in 1994. Towards the end of the residency, we were a visiting Fellow at the Nuffield Orthopaedic Centre, becoming a member of the Girldlestone Society.

We have started our practice in 2001 in a District Hospital doing General Orthopedics until we were appointed as Staff members at the University Hospital in Lisbon in 2002. Here, we joined the Spinal Unit Team, headed by Jorge Mineiro his first Mentor. During this period, we submitted ourselves to the European Board Examination, becoming one of the first European Board of Orthopedics and Traumatology Fellows.

After this Fellowship we returned to Lisbon and, since January 2007, we have been the head of the spinal unit at the University Hospital of Santa Maria, the biggest Hospital in Lisbon, also a level I – Trauma-center.

Since 2002 we have been committed to under and post-graduate education from 2007 to 2019 the residency program coordinator and now Associate Professor at the University of Lisbon and Chair conductor of undergraduate education.