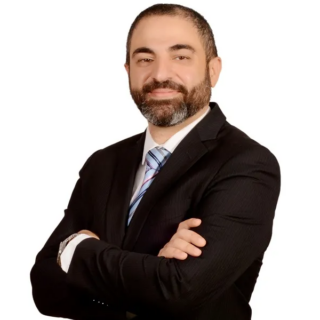 Dr. Feras Ya’ish brings over 20 years of experience in trauma and orthopedics prior to joining Healthpoint in 2022, including as a consultant and service Chair in Trauma and Orthopedics in Sheikh Shakhbout Medical City, Abu Dhabi. Before starting his journey in the UAE, Dr. Feras took on various roles in the U.K. including as a consultant in trauma and orthopedics at James Cook University Hospital, as well as a fellowship training in University College London Hospital, University hospitals of Bristol, and British Orthopaedic association fellowships.

Dr. Feras completed his medical degree, MBBS, at Jordan University of Science and Technology in 1999. After completing his basic medical training, he then went on to complete his training in the UK in 2003, where he obtained his Membership Examination of the Surgical Royal Colleges of Edinburgh, MRCS (Ed), and became a Fellow of the Royal College of Surgeons Edinburgh (UK), FRCS in Orthopaedics. In 2013, he received a Certificate of Completion of Training (CTT) in Orthopaedics from the UK General Medical Council as a fully qualified Consultant in Trauma and Orthopaedics.